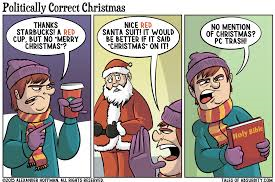 Conservatives are helpless victims , forever bullied by liberals and progressives who want to shut down their free speech … or so they want you to believe. The truth is , Conservatives oppose political correctness because they want to treat anyone they don’t like as badly as they can without consequence. In other words , they would rather be assholes.

The following are ten more politically correct terms used by Conservatives to portray themselves as victims while smearing their opponents.

Exposing Katie Pavlich For What She Is: A Race Baiting White Supremacist

Is Dana Loesch A Racist White Supremacist Calling For A Civil War? Are We High For Even Considering It? Here Is The Evidence, And It Doesn’t Look Good